Security Breaches are the Icebergs of our Personal Security 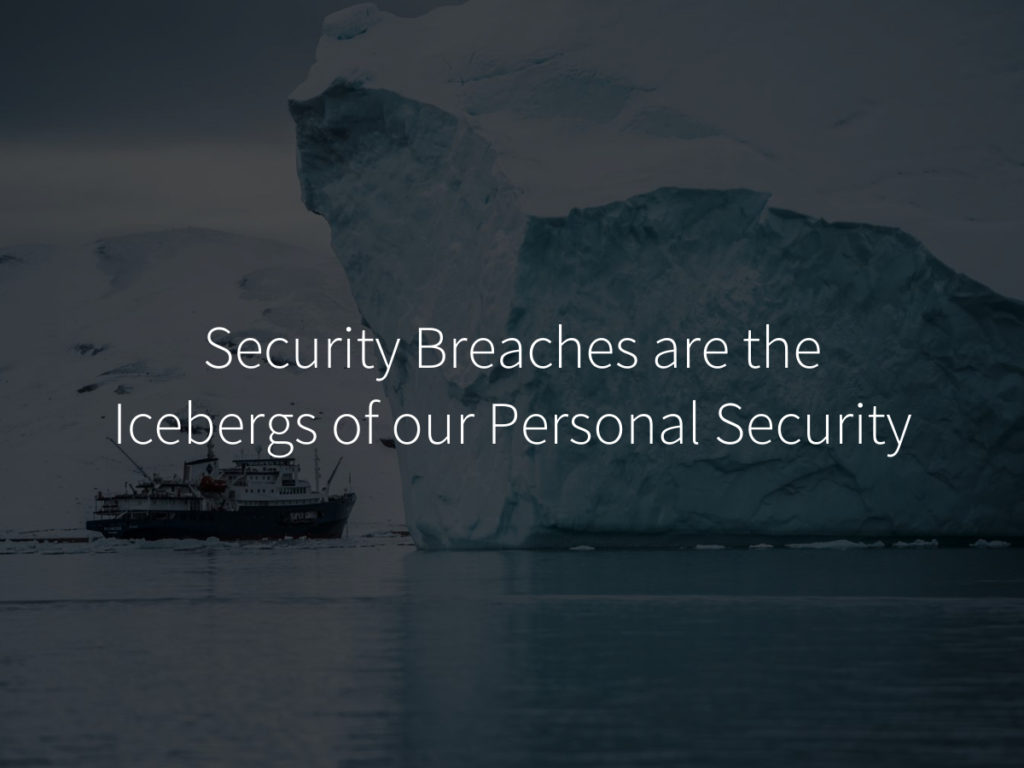 The Titanic taught us about a fundamental lesson about icebergs: only a small part is visible above the surface. If we’re talking about data breaches, 2018 was the year we discovered the part of the iceberg floating below the surface.

Data breach numbers are alarming, but the consequences of these data breaches are what’s impacting our privacy and security, and ultimately, trust. Equifax was fined over $600,000 for a breach exposing nearly 150 million records. Facebook investigated Russian activity attempting to influence the U.S. Presidential elections. The Marriott data breach was tied to Chinese hackers, and it was much more than just credit cards and passport numbers: it illuminated “the patterns of life of global political and business leaders, including who they traveled with, when and where.” And to start off 2019, Google was the first company fined for violating the GDPR with a fine of over $50 million dollars.

Despite all this information, people, not to mention companies, still are not taking significant measures to protect their online accounts. Some statistics show that people are actually less worried about privacy and security, and they trust companies more than they did a few years ago. We are starting to see reports of people taking data privacy measures, like deleting the Facebook App, but there is still an emphasis on convenience over security.

When the news covers these data breaches, the focus is on the bigger picture: the fines, the number of records that have been compromised, the combined cost to consumers, or undue influence on elections. There is less focus on the individual, yet proving identity is a fundamental part of our day to day lives.

We want to ensure that the individual impacts of data breaches and security failures are not overlooked. So we put together an infographic that shows the daily touch points that make everyone more vulnerable, as people continually distribute their identity information on the Internet.

As hacks become more widespread and the consequences become more severe, it’s critical to consider these interactions and consider how companies and people can make changes to protect their identity information without sacrificing convenience.

The Civic Wallet is almost here!📱 Get a first peek at the next-generation identity and payment network. Join the waitlist